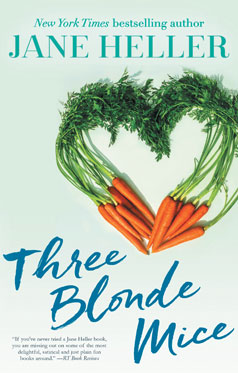 As the August 2nd pub date approaches for my new novel, it’s very exciting to have early praise from my fellow authors. I don’t consider myself a mystery writer in the true sense of the term, but I do have a whodunit in Three Blonde Mice as well as in some of my other novels. For that reason, it’s a huge honor to hear from bona fide mystery writers like Elaine Viets (see the previous post) and now Melodie Johnson Howe. Melodie’s books are set in Hollywood, a territory she knows well, having been an actress like her feisty heroine, Diana Poole. I especially enjoyed her last mystery, City of Mirrors, in which Diana discovers the dead body of a certain leading lady and finds herself thrust into the murder investigation. Here’s what Melodie had to say about Three Blonde Mice:

I love Jane Heller’s quirky off-kilter novels! In Three Blonde Mice, Heller and her keen-eyed wit cook up a wonderful satire on chic cooking classes, farm-to-table food groupies and chefs with the egos of rock stars. She dissects love – and conjures up a murder plot – with the sharpness of a paring knife. I enjoyed every delicious moment. 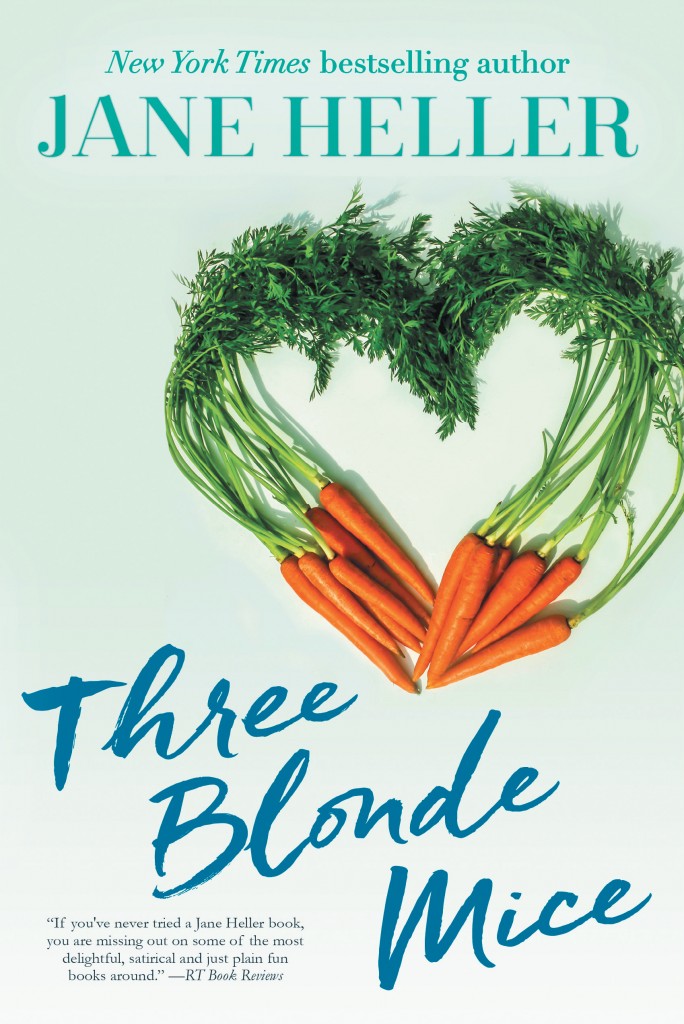 Yup, we have a cover for my new novel, which Diversion Books will publish in August. Why the heart of carrots? Because my “three blonde mice” heroines, Elaine, Jackie and Pat, have taken a farm-to-table vacation together in this sequel to Princess Charming, the book that sent them on a seven-day Caribbean cruise. This time they’re at a farm resort in Litchfield, CT – agritourists on a “haycation.” They not only milk a cow and make cheese from the milk, but they spend the week taking cooking classes with a famous farm-to-table chef. Here’s Diversion’s descriptive copy:

Elaine Zimmerman and her best friends Jackie Gault and Pat Kovecky venture to a farm in Litchfield, Connecticut. It’s been over a year since their last trip together, a Caribbean cruise aboard the Princess Charming, and after dealing with a murderous ex and his hit man, they’re yearning for a no-drama vacation this time. During their Cultivate Our Bounty Week, they and eight other guests will learn how to cook farm-to-table meals with Whitley’s artisan-inresidence, a renowned TV/restaurant chef named Jason Hill. Elaine, the jaded, neurotic narrator, is less than thrilled—especially because the program wasn’t supposed to include a surprise appearance by her former boyfriend Simon, who’s still the love of her life but can’t commit to her. What’s more, after milking a cow and making cheese, she stumbles on evidence that one of her fellow agritourists is out to murder Chef Hill at the resort’s Bounty Fest finale. Is the killer among the freakishly fit Manhattan couple who takes their devotion to organic, hormone-free, non-GMO food to the point of obsession? The grandmother from Wisconsin who’s a groupie of the celebrity chef and follows him to every event? The mother and son from Palm Beach who bicker over whether he should give up his law practice to open his own restaurant? Three Blonde Mice serves up a crackling romance between Elaine and Simon, a twisty whodunit involving a screwball cast of suspects and a satire of current food fads and the farm-to-table chefs who perpetuate them.

Needless to say, I’m very excited that the book is in the promotional pipeline. Now that I’m back in CT, I’ll be doing local publicity as well as national. I’ll post much more in the coming months, but I’m happy to say that Three Blonde Mice is now available for pre-order on Amazon!

Meanwhile, Diversion has just reissued five of my backlist novels, including Princess Charming, with pretty new covers that tie in nicely with the Three Blonde Mice cover. Check them out! 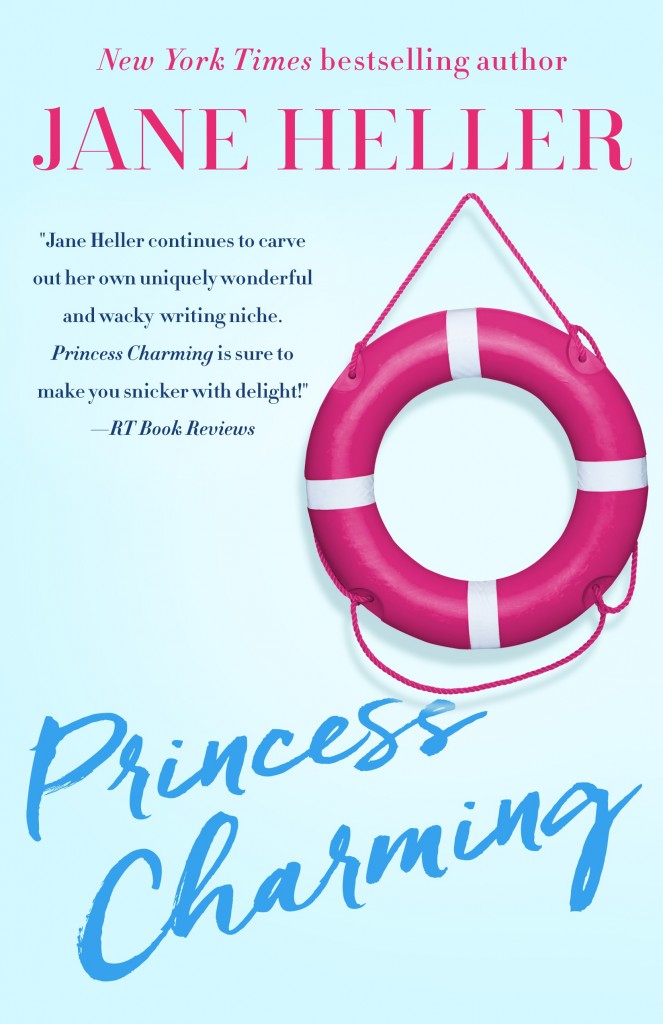 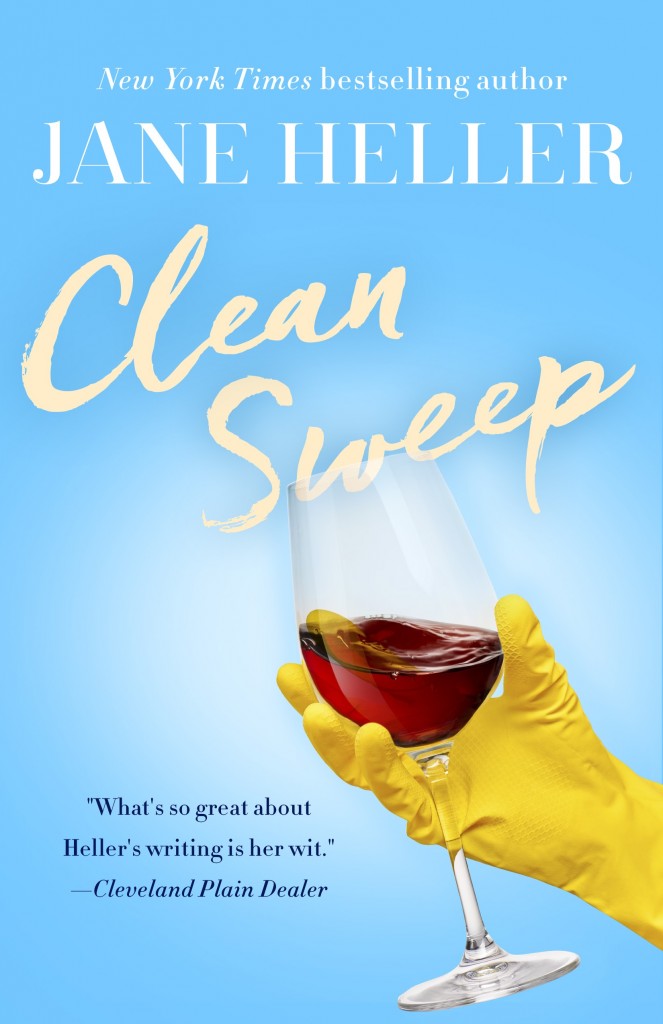 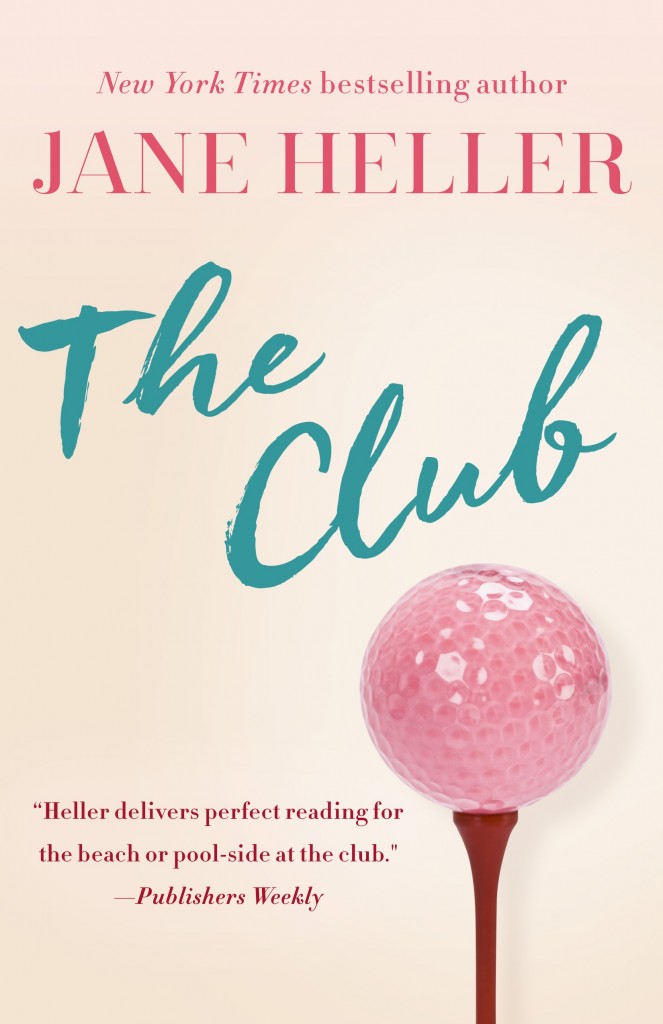 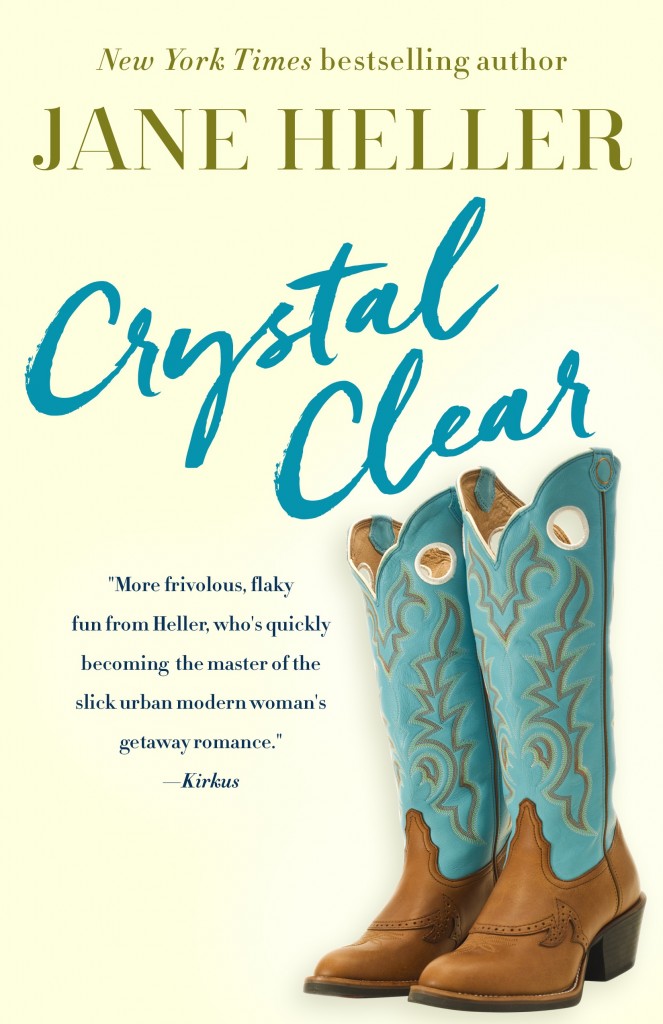 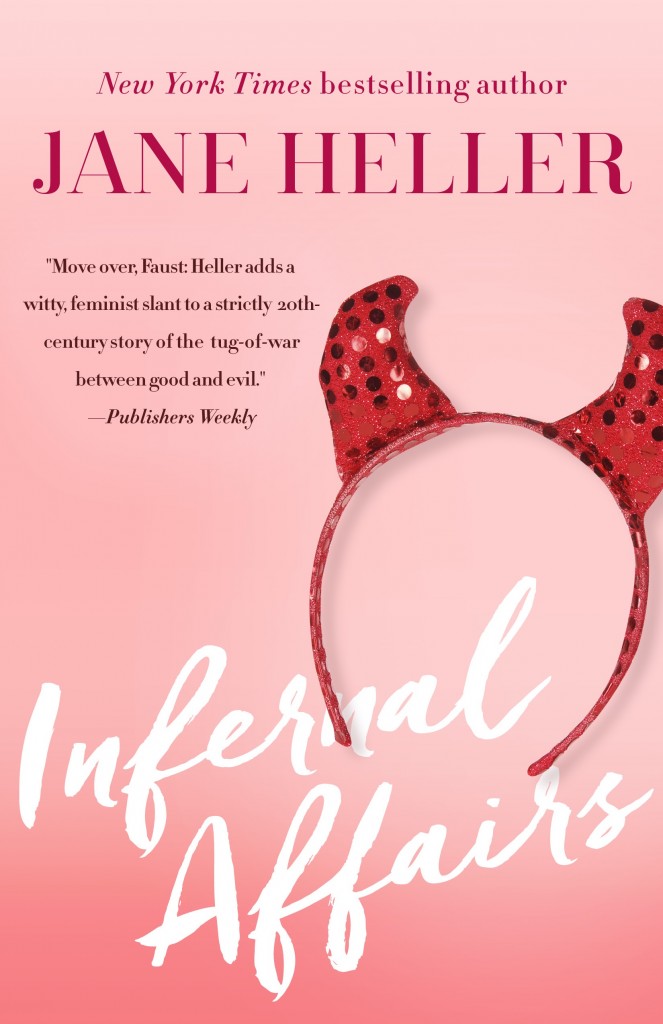 It’s always fun when something good happens to people you care about, and my pal Melodie Johnson Howe has not only launched the ebook publications of her award-winning mystery novels and a short story collection, but she’s the subject of a new promotional video too – all ahead of the summer publication of her latest mystery, City of Mirrors. The video went up on YouTube today and it’s totally worth a look. We get to see clips from Melodie’s career as a young Hollywood blonde co-starring with the likes of Clint Eastwood as well as her thoughts about being a mystery writer whose backdrop is Hollywood.

For those who want to write, say they want to write, dream of being able to write, Melodie is your role model. She walked out on show biz, studied the craft of writing and put in the time – all while raising a family. No excuses, people.

It’s always exciting when someone you know and root for has a success to celebrate, and yesterday was no exception. Melodie Johnson Howe, my friend and former Muse Madams workshop cohort, has compiled her critically acclaimed short stories into a new collection called Shooting Hollywood.

She had a signing party and gave a talk not only about writing mysteries (her first novel, The Mother Shadow, won an Edgar Award) but about basing her stories and her main character, Diana Poole, on her own experiences as an actress in Hollywood. Back in the day, Melodie co-starred with Clint Eastwood, James Caan, James Farentino and others, but she always wanted to be a writer and decided to give up acting to pursue her dream. Now she’s turning out terrific short stories and has just finished a new novel.

What’s especially fun about Shooting Hollywood is that Melodie introduces each story with a short piece about how she came up with the idea for the story. It’s like having an inside view of a writer’s process and discovering that inspiration comes in mysterious ways.

Speaking of which, I need to get back to work on the novel I recently started. Between converting my early novels into ebooks and copyediting the caregiver manuscript (not to mention waiting for the refrigerator guy to show up and figure out why the freezer keeps leaking), I’ve been mighty distracted lately. Melodie has inspired me to get to work!